The fight against illegal miners has begun 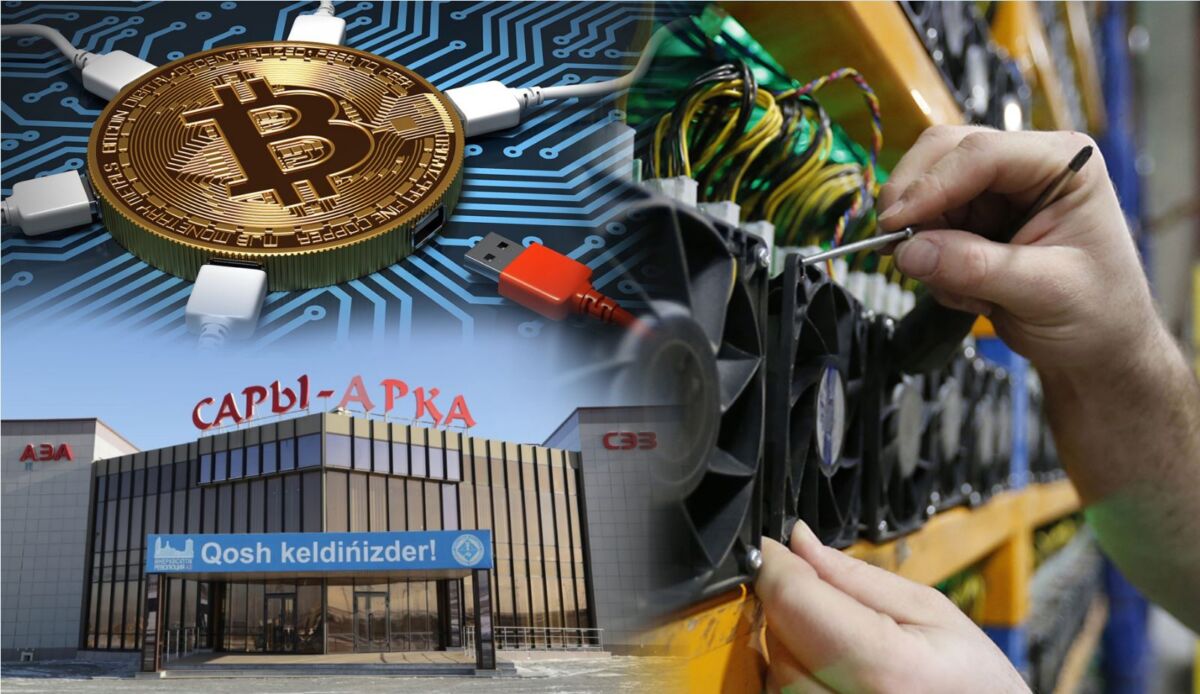 The fight against illegal miners has begun

So, we can say that the real fight against illegal miners has begun. An illegal mining farm was discovered in the Karaganda region in the Special Economic Zone. The chairman of the special economic zone "Saryarka" is under investigation on suspicion of involvement in the incident. He is accused of abuse of office. This is due to the fact that we do not yet have a law punishing illegal mining. However, it appears that the relevant authorities boldly embarked on this investigation only after a direct order from the President. After all, today they talk about the existence of underground farms at large industrial facilities. By this, although indirectly, we have influence

There is a lot of talk about mining

The illegal mining farm, identified by the financial monitoring authorities of the Karaganda region, consists of 4 containers of 40 tons each. It placed 1,173 units of special equipment in the amount of 5.8 million US dollars or 2.5 billion tenge. During the investigation, the chairman of the board of the FEZ "Saryarka" confirmed that he had illegally executed a technical contract for receiving 6 megawatts per hour from the power grid. Considering that the main purpose of opening such zones is to provide benefits to participants, it is easy to understand that the illegal miner intended to use the same 6 megawatts at a lower price. To allow such illegal mining under the administration's nose means that the root of the problem lies deep, or rather, at too high a level. Obviously, none of them will be able to commit such an act in an area of ​​national importance. He must have been a rich man's assistant or an influential person. There are even rumors in social networks that in four regions of the country there are four large data centers that work with the participation of influential people in power. These names are quite famous in our country. Of course, the assessment of the legality of mining is the competence of law enforcement agencies. But the problem is that legal miners are suffering and losing money because of illegal miners. Since the Ministry of Energy deprived them of electricity from January 14 to February 28. At the moment, it is not known when they will be connected to electricity. It is obvious that the detection of illegal mining in the FEZ "Saryarka" occurred only after the instruction of the President, and this confirms our opinion. However, only time will tell how strong the influence of influential people in gray mining turned out to be. The main thing is that the investigation began. There are several similar investigations in the proceedings of the Financial Monitoring Agency, we will probably learn about them next week.

Speaking of Karaganda, recently the foreign company Genesis Digital Assets transferred 300 million tenge to the People of Kazakhstan fund. This company has 4 data centers in the ore district. For example, last year the company raised a total investment of $431 million. This confirms the high profitability of mining. For example, in 2021, the cryptocurrency market grew 5 times and reached $3 trillion. Our country accounted for 18% of the global production of the mining industry, second only to the United States. Due to which we indirectly, but also influence the cryptocurrency market in the world. This is confirmed by summaries of events that have taken place since the beginning of the year. Thus, Kazakhstan has become an important part of this new technology industry. Therefore, the decision taken by our authorities will have a direct impact on the present and future of the cryptocurrency industry and the related cryptocurrency market. Therefore, the state should be able to correctly explain to the participants in this market that they are also interested in modernizing the infrastructure of the energy sector and encourage miners to invest in this complex.

Open letter to the President
Both the reason for the check and the impetus for the regulation of the mining market were the instructions given by the President on February 8 at an expanded meeting of the Government. The President instructed to identify illegal subjects of digital mining, to clear the electricity market from "shadow" mining subjects. The deadline is March 19 to identify all mining farms, check tax and customs reporting, analyze technical specifications and other services, and increase the tax rate in a short time, develop a comprehensive package of solutions for the regulation and development of digital mining. However, the stick has two ends, and such emergency measures only increase the pressure on “white” miners. That is why Kazakh miners wrote an open letter to the President.

“For the period from September 2021, members of the Association have been working at 20-30% of their capacity, and since the end of December, downtime has been 100%, that is, mining farms are idle and suffer multimillion-dollar losses daily. Therefore, we consider this measure to be absolutely ineffective. The Association would like to propose to draw the attention of the Government and relevant ministries to an alternative Russian experience, where it was proposed to introduce energy consumption standards for individuals, and to pay for electricity in excess of the norm at tariffs for businesses in order to reduce the consumption of state-subsidized electricity for the needs of illegal miners. In addition, there is a tax on excess energy consumption,” said Alan Dorzhiev, letter writer and head of the National Association of the Blockchain Industry and Data Centers.

“To say that miners are to blame for the shortage of electricity is wrong. If this were true, and since December 2021 we have been disconnected from the country's energy system, then a surplus of 640 MW should have formed. But that did not happen. Therefore, we can conclude that the main culprits are not miners. We proposed to the Government to import electricity from Russia at a wholesale price of 25 tenge. Taking into account transport costs, it will be about 30 tenge. This can be done taking into account the surplus in the Russian Federation. Then the mining companies could not be disconnected from the power supply. Accordingly, we would not have suspended our work for three months and would have paid all taxes, including additional ones,” said Sapar Akhmetov, Chairman of the Board of the Kazakhstan Association of Blockchain Technologies.

Thus, there is no significant threat to our country from mining. On the contrary, it will be an additional income to the budget. But the problem is the amount of electricity they consume. If our infrastructure were ready for this, then Kazakhstan could bypass the United States. If the law is amended, it will be possible to receive huge revenues to the budget and restore the country's energy infrastructure. After all, the cryptocurrency market is the future ocean of the global financial model, and mining is its source. Which means that Kazakhstan is at the origin of this market. We must seize this opportunity and use it wisely. On the one hand, this would help attract Kazakhstanis to the cryptocurrency market, thereby increasing their financial literacy.