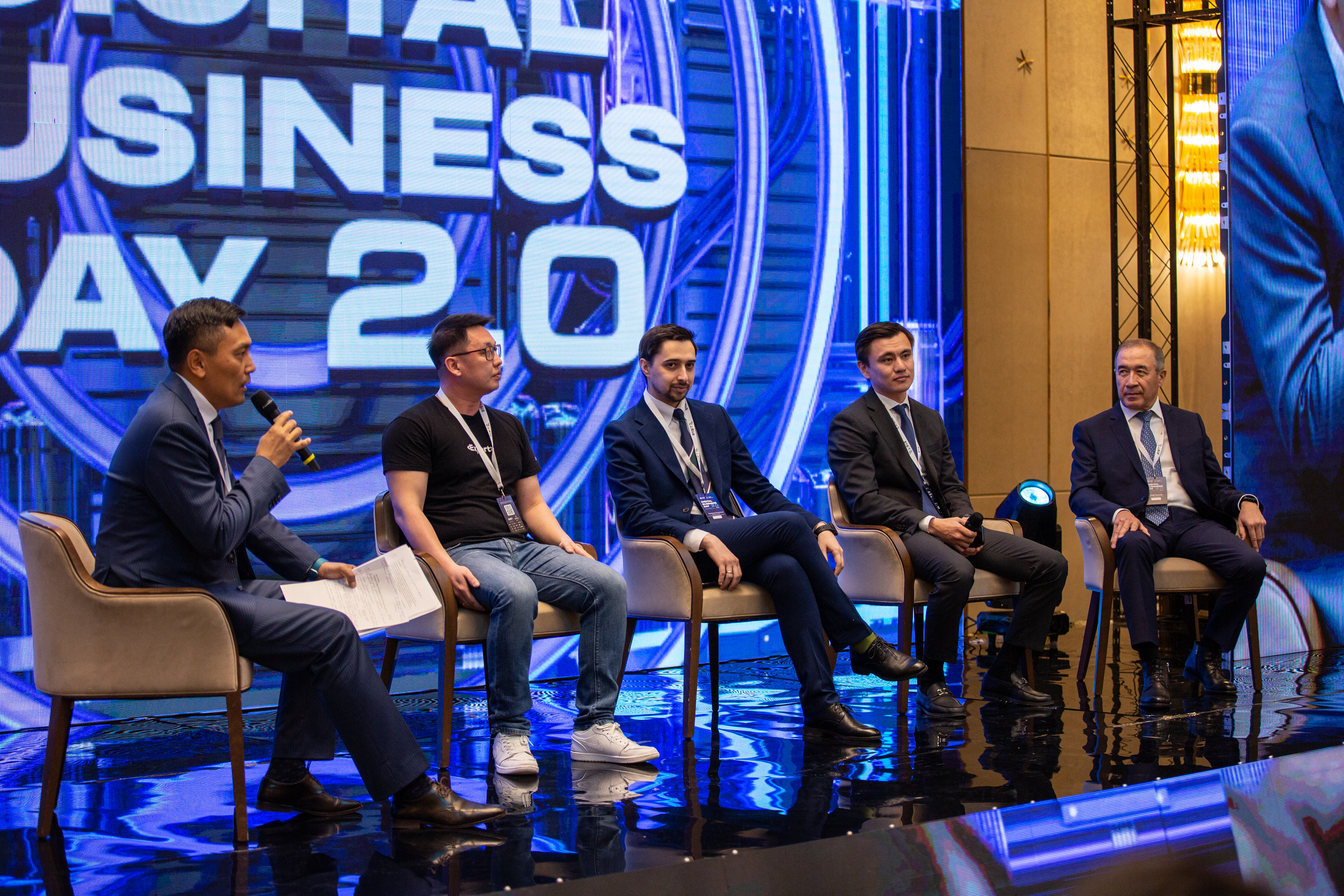 Yesterday, the Digital Business Day 2.0 forum was held in the capital, during which representatives of the public sector and the IT community, heads of venture funds and business accelerators discussed the development of innovative technologies and the crypto industry in the country. The event was organized by the Kazakhstan Association of Blockchain Technologies.
The purpose of the forum is to bring together the IT community, business, the quasi-public sector and the public sector to discuss further ways of developing high technologies in the country.
The event was opened with a solemn speech by the Chairman of the Board of the Kazakhstan Association of Blockchain Technologies Sapar Akhmetov, who voiced analysts' forecasts that by 2027 10% of global GDP will be concentrated in the blockchain.
Zhanar Samaeva, Deputy Chairman of the Center for the Development of Payment and Financial Technologies of the National Bank of the Republic of Kazakhstan, spoke next, reporting on the development of the digital tenge, emphasizing that the development of digital currencies of central banks (CBDC) is a global trend. Digital tenge will have to reduce fees for payments and transfers, improve the security and reliability of payments. She also stressed that the state will be able to track state payments and ensure their transparency. According to her, a study is planned for the current year, which will evaluate quantitative metrics and a measurable effect for consumers and the economy of the Republic of Kazakhstan.
The Ambassador Extraordinary and Plenipotentiary of the Republic of Estonia to the Republic of Kazakhstan Toomas Tiers shared his experience of digitalization of Estonia.
Particular attention was paid to the discussion of the development of financial literacy of the population in the context of the widespread integration of digital technologies. The discussion was attended by representatives of ICRIAP, National Information Technologies JSC, NCE Atameken, as well as the Kazakhstan Association of Blockchain Technologies.
Yermek Rustembekuly, CEO of the Digital Law Center, spoke about the legalization of the cryptocurrency market in Kazakhstan and its possible regulation. According to his estimates, the crypto industry can annually bring over 26.5 billion tenge to the country's budget. And this is despite the current number of cryptocurrency users in Kazakhstan, which is over 324 thousand.
IT is based on data analysis and is closely related to Big Data, which was described in detail by the founder of Geometry, Merey Sultanov.
Vladislav Teterin shared the development details of the well-known InDriver application. The current situation and the growing interest in the direction of e-commerce were told by the CEO of the ForteMarket marketplace Dmitry Komissar. Internet of Things or the Internet of Things, which we stopped noticing due to its close integration into our lives, as well as its implementation in business, was presented by Marat Auketaev, Senior Sales Development Manager for IoT Beeline.
The issue of cultivating our own specialists and the need to integrate blockchain-based solutions into the educational system is acute. The potential of technology in Ed-tech was presented by the co-founder of Paxaro Education Sanat Kenzhebekov.
The second half of the forum began with a pitch of 14 IT startups, which included diverse projects. Among them are Codiplay - teaching programming on a smartphone, PayDay - the ability to manage your salary, MedDataChain - decentralized healthcare, Smartestprep - a platform for preparing for exams and entering foreign universities, and others.
They were also looking for their million-dollar projects and venture funds, including Umay Ventures represented by Ayan Kuchukov, Most Ventures - Alim Khamitov, My Ventures - Shakhboz Rakhmanov, Shanyraq.vc - Alibek Narimbay.
Nurtai Abilgaliev presented the BTS Digital ecosystem to the society, calling for joint and fruitful cooperation in the development of projects.
The advantages of launching and accelerating projects on the basis of Astana HUB were described by Magzhan Madiev. Thus, start-ups that comply with the List of Priority Activities of the ICRIAP in the field of ICT can receive significant tax preferences and not pay taxes for several years. There are also significant advantages in the taxation of employees' wages - PIT - 0%.
On behalf of one of the largest crypto exchanges in the world - ByBit, community manager Sergey Marinichev spoke, who drew attention to the evolution of crypto exchanges and the advantages of working on the ByBit exchange. Participants of the event were given the opportunity to win T-shirts by scanning a QR code.
The crypto industry continues to develop and blockchain ecosystems are also interested in attracting projects for their technologies. One example is the Harmony blockchain, on behalf of which Nick Vasilich explained the conditions for receiving a $300 million grant.
The event ended with a speech by graphic designer, founder of the Creeon design studio Kasymkhan Zhapanov, who shared the features of creating his own NFT collection on popular sites.