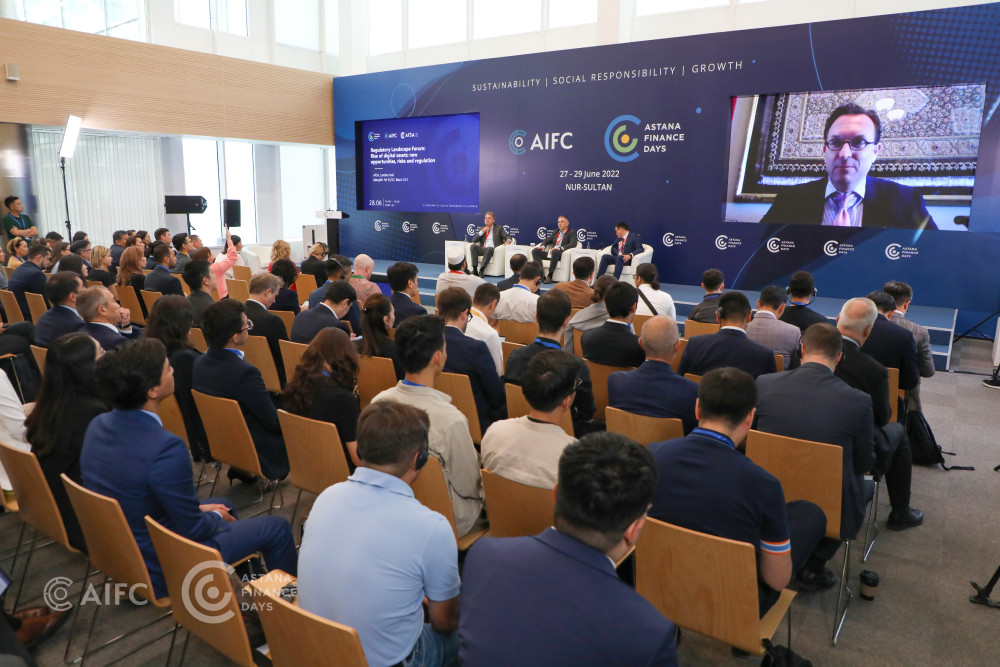 As part of Astana Finance Day, the session “Growth of Digital Assets: New Opportunities, Risks and Regulation” was held, which was attended by the Kazakhstan Association of Blockchain Technologies represented by Chairman of the Board Sapar Akhmetov.

An important event for the development of the crypto industry in Kazakhstan was the Panel session dedicated to the Pilot project on the mechanism of functioning of crypto exchanges based on the Astana International Financial Center. As part of which, an official start was given for the legal activity of crypto exchanges on the AIFC platform. The project will operate in pilot mode throughout the current year. Binance received a license to participate in the pilot project.

Sapar Akhmetov, Chairman of the Board of the Kazakhstan Association of Blockchain Technologies, commented on the launch of the Pilot Project for the operation of crypto exchanges based on the AIFC as follows:

“Given the fact that, according to international analytical centers, more than 324,000 Kazakhstanis own digital currencies, the need for a legal platform for the circulation of cryptocurrencies was acute. Preparations began in March last year with our letter to the Prime Minister and the creation of a working group. The announcement of the launch of a pilot project will give impetus to the development of the crypto industry in the country, which is of interest not only to the domestic crypto community, but also to the country's leadership. This is confirmed by the statements of the President and the active position of the Government. We believe that Kazakhstan can become a regional crypto hub.”

It is important to emphasize that a significant part of the income from the crypto industry is concentrated in transaction fees, incl. in the circulation of cryptocurrencies on crypto exchanges. According to various estimates, tax revenues from crypto exchanges may exceed $400 million within 5 years.

Recall that according to the latest data from the University of Cambridge, Kazakhstan ranks third in terms of computing power in the Bitcoin network after the United States and China.