Books in Kazakh language about blockchain and cryptocurrencies presented in Astana 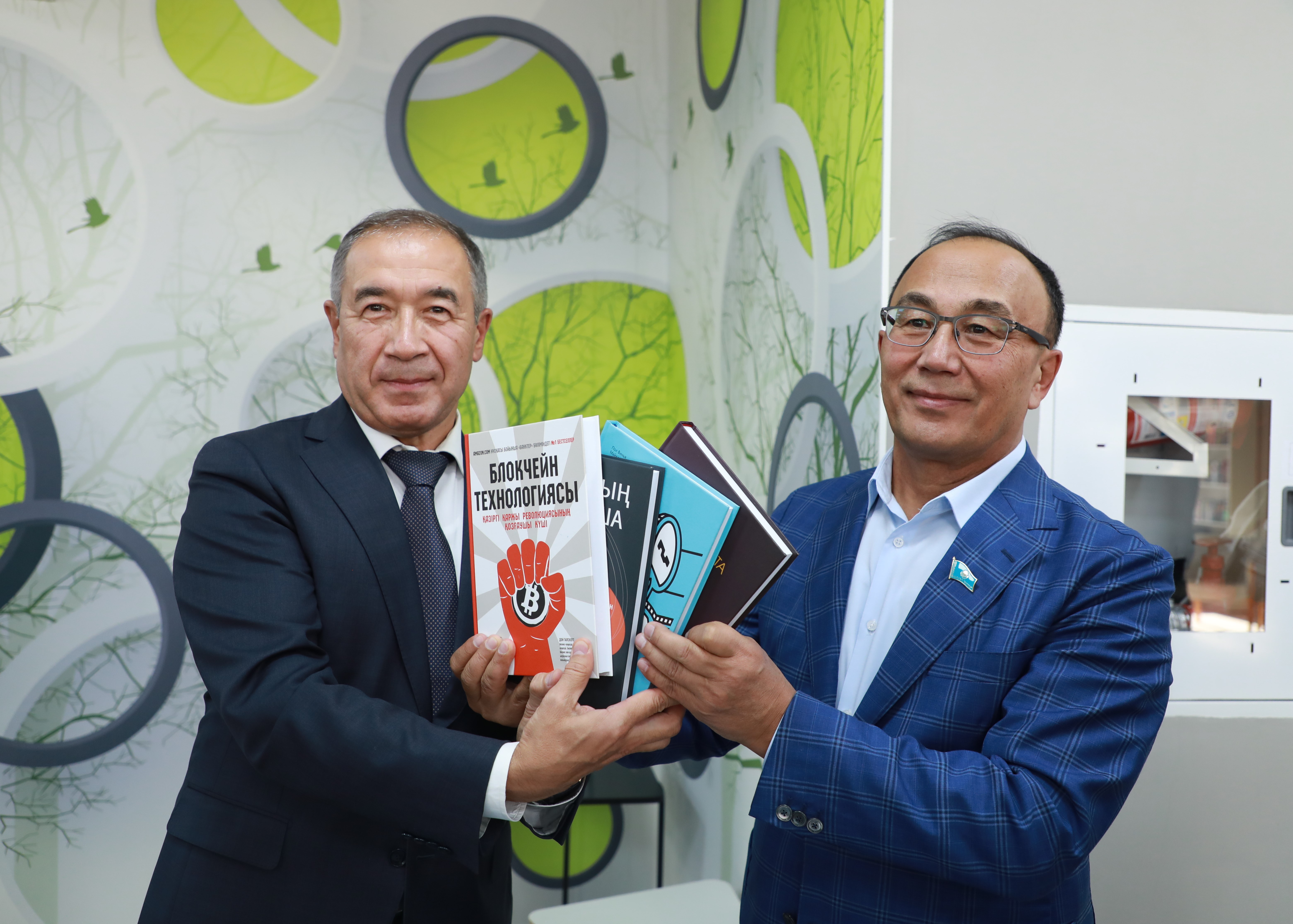 Books in Kazakh language about blockchain and cryptocurrencies presented in Astana

Today, the library of the Eurasian National University named after L.N. Gumilyov hosted a presentation of 4 popular books about blockchain and cryptocurrencies, which were translated into Kazakh by order of the Kazakhstan Association of Blockchain Technologies.

Since last year, interest in bitcoin and cryptocurrencies has been growing among the country's youth. The number of citizens owning digital assets has exceeded 300,000. However, those who want to understand the blockchain technology that underlies them may be faced with a lack of verified information. The situation with publications in the Kazakh language is especially acute.

In order to fill this gap, the Kazakhstan Association of Blockchain Technologies ordered the translation of 4 world bestsellers into the Kazakh language. The presentation of the books took place at the site of the library of the Eurasian National University named after LN Gumilyov.

The event was opened with a welcoming speech by the rector of the Eurasian National University named after LN Gumilyov. Sydykov Erlan Battashevich.
“Over the past 25 years, there has been an incredible technological leap, which has resulted in the invention of computers, smartphones, the Internet and social networks. Now, research and development in the field of artificial intelligence and blockchain has been updated. However, there is very little worthwhile information. We were happy to receive the news that the Kazakhstan Association of Blockchain Technologies translated the world bestsellers about blockchain into Kazakh, as now about 80% of our university students study in Kazakh. This is a significant event, and we hope that the number of publications in our native language in the field of IT and new technologies will continue to grow,” said the head of the university.

The books were presented by the Chairman of the Board of the Kazakhstan Association of Blockchain Technologies Akhmetov Sapar Kairatovich.
“Our goal was to attract the attention of young people and provide an opportunity to get acquainted in their native language with advanced publications about blockchain technology, which can ensure transparency and fairness in all areas of life. In addition, there is an acute shortage of developers in the world right now in Web 3.0 projects, where wages start from 3 million tenge per month,” the head of the Association emphasized.

Sapar Akhmetov also added that the Association plans to distribute these books among other higher educational institutions of the country.

Rustem Nurbaev highly appreciated the translation of books by CIO Paxaro Labs.
“The translation of world bestsellers into the Kazakh language is a significant contribution to the development of the crypto industry and increasing the human capital of our country. People are the main value, and the more educated and progressive the society and citizens are, the more economically successful the country is,” the speaker said.

At the same time, the event was attended by the leaders of the blockchain project Prometeo Chain System - Andrea Kadamuro and Damira Kenesarina, who noted the prospects of Kazakhstan to become a regional center of attraction for projects from the crypto industry. Memorandums of cooperation were also signed between the Eurasian National University named after L.N. Gumilyov and the Prometeo Chain System project.

At the end of the event, students and guests asked their questions, while experts shared their vision of the development of the crypto industry in Kazakhstan.